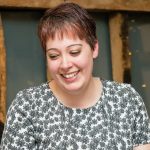 I had my first attack when I was about 10 years old. I woke up one morning and my whole face was swollen. I was staying with my Aunt at the time who panicked, took me to the doctors where I was given piriton, which did nothing but make me violently ill. When my mum was contacted, I found out she had been having swellings since she was 19 but no one knew the cause was. Throughout my childhood, I had numerous swellings to the face, hands and feet but when I was taken to the GP’s they all brushed it off as an allergic reaction but never tested me for anything. I learnt to live with the swellings even though they were painful and embarrassing as people would stare and other children would tease. When I was 21, I was taken into hospital with excruciating abdominal pain. Doctors told me it was appendicitis and so I had my appendix removed and spent over a week in the hospital recovering as I developed an infection.

I was finally diagnosed at the age of 22 after seeing my current GP with a swollen hand. She had spoken to her partners who had heard of HAE and given my history wondered if it could be that. Blood tests revealed I had HAE type 1. Finally, over 10 years later I had a diagnosis! This led to both my mum and brother being tested and diagnosed.

I was referred to the allergy clinic at a local hospital where I was put on danazol and informed about HAE UK. I was finally able to talk to people who knew exactly what I was going through and attended my first patient day in Manchester. Being on danazol helped control my attacks to a certain degree but at least once a month I was having breakthrough attacks and ending up in A&E.

When I got married in 2013, I decided that I wanted to stop taking the danazol as I couldn’t stand the side effects anymore and we wanted children in the future. However, I was not offered any alternative treatment and I was not given any C1 to have at home in case of a severe attack. My attacks increased in frequency and severity and I was visiting A&E on a regular basis mainly with abdominal attacks. If I had swelling in my feet and hands I tended to just get on with it but on occasion it would lead to days off sick as I was unable to walk or drive and 9 times out of 10 my swells would not stay in one area and would spread around my body leading me to A&E anyway. HAE started to rule my life, I was constantly worrying over when my next attack would happen and it was affecting my family as well.

The following year was a turning point for me. I’d been in and out of A&E, which in itself is stressful when no one knows or understands your condition. There were occasions I had to fight for pain relief, had to stay in as they didn’t have C1 and I had to have FFP instead or just lay there getting worse while doctors conversed between themselves rather than doing what was said on the letter I always carried with me.

The final event that scared me enough into contacting my GP and nearly demanding a referral to the immunology clinic was when I passed out. I’d been in college sitting in a lecture when I started to feel unwell so decided to take myself off to the hospital. I drove across town, parked and walked in telling the nurse what was going on. They took me through to triage to take my observations, I sat down and the next thing I remember was people calling my name. My blood pressure had dropped dangerously low due to the attack I was having which caused me to pass out. That attack ended with an overnight stay with IV fluids as I passed out for a second time when they tried to move me.

My first appointment with the immunology team I was offered icatibant so I could self treat, as well as being given my own supply of C1 to carry with me in case of emergency. Over the next few months the doctors realised I wasn’t very well controlled and was still needing to go to A&E on a regular basis for severe swells. They made the decision for me to be trained on how to infuse at home when I had an attack so that I was treated quicker and didn’t have to go to the hospital.

Finally, in February 2017, I started on cinryze prophylactic treatment. After my consultant had discussed my case with consultants from other hospitals, the decision for prophylactic treatment was agreed on due to the fact I was having attacks 2-3 times a week. This has given me a new lease on life, I have had 1 attack in 7 months and that was due to having a cold at the time. I am now into my 2nd year of my midwifery degree and I don’t think it would have been possible to get this far without the treatment I’m on now. I would encourage anyone to fight for the treatment they deserve, if not for the support of Ann Price, Rachel Annals and the rest of HAE UK I would not have knowledge that I have now about my condition and the treatments available.

From Laura, Rachel and the HAE UK team, wishing you all a lovely Christmas x https://t.co/mCMknLRUjo
h J R
@HAE_UK